Nothing here is hermetically sealed, from Appalachia to Gatsby’s Long Island to a European back story, to the severed heads, to a cross-continent chase by car, train and plane, nothing here can be said to be a locked-room mystery. The floodgates are open, and gruesome as it may be, this is, to date, Ellery Queen’s most madcap mystery.

Richard Queen has been replaced by new elderly foil Professor Yardley, who serves as an echo chamber for wrong ideas based on esoteric history.  The two go down errant intellectual paths linked to Egyptian mythology, which all prove not only wrong, but hilariously so. 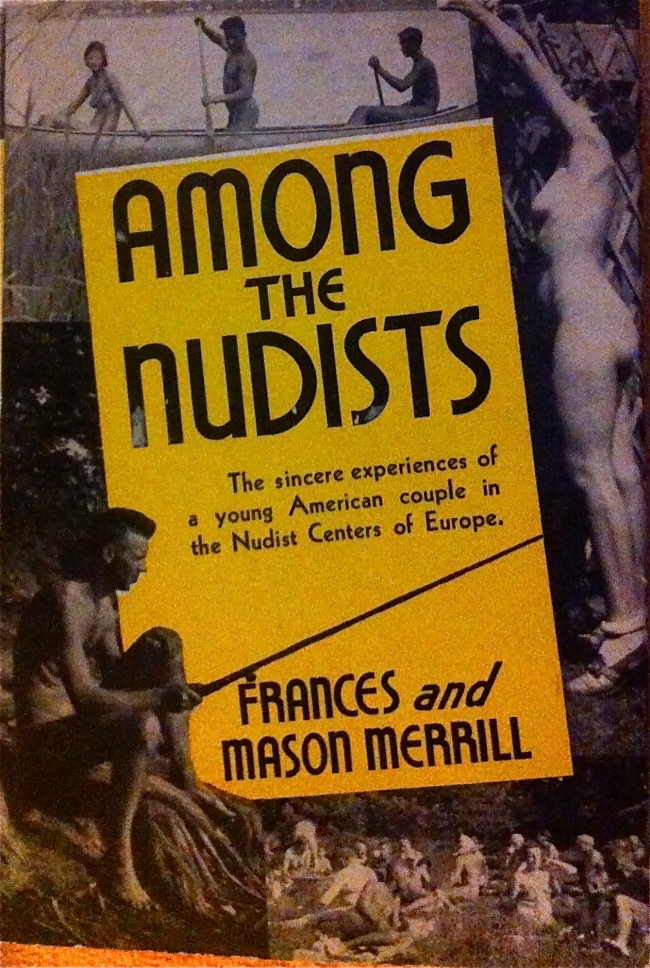 Red herrings abound here, and what over-the-top mystery would be complete without a local nudist colony?  Taking off one’s clothes en masse was all the rage in the 30’s, and the cousins, ever topical, were all too glad to have an offshore colony nearby.

The cousins were finding riches at the height of the Great Depression.  Writing popular novels under two names, they decided to go on tour, disguised as their authors.  Wearing masks, Frederic Dannay played the part of Barnaby Ross, and Manfred Lee that of Ellery Queen.  They solved mysteries together on stage.  Rumors spread, some said Ellery Queen was really S.S. Van Dine (who was really Willard Huntington Wright), and some said Barnaby Ross was really Alexander Woolcott (who was really funny).

Relaxed in their new careers, with no day jobs, the cousins enjoyed themselves.  This fun would change drastically over the next few years, as they played around with translating Ellery Queen to short stories, the radio, and, soon enough, to the big screen.  And in their joy, they just happened to have a character lop off several heads.

Perhaps they were trying to show that the lives of the wealthy socialites, with their obsessive checkers playing, and running around naked, and dressing up for the opera, had gruesome back stories.  As with The Tragedy of X, this is mostly about how wealth is built on shady and violent operations, later masked by material symbols of respectability.  What toll does this take on the successful and those left behind?